What happens if you don't change your oil? 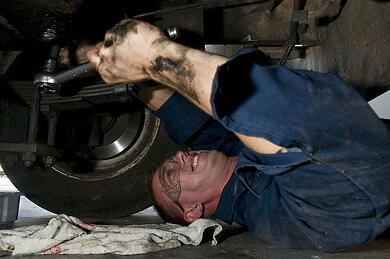 Changing your oil is one of the simplest and most effective ways to keep your car running cleaner, for longer. It is also probably the most procrastinated activity in vehicle maintenance. So, what happens to your car when you push it past the limit?  What happens if you don't change your oil?

For the most part, putting off an oil change isn’t a very big deal. For a couple hundred miles or so, your car might experience slightly more wear, but the physical integrity of the engine won’t be threatened.

Overall, though you can put it off for a bit, it is always best to change your oil consistently. Spring for the more expensive synthetic oils if you really want to reduce the overall wear on your engine, as some of these brands can be pushed to nearly 10,000 miles between changes (though they are usually at least double the cost, and we never recommend going that long between changes any way).

For all of the vehicles under our care, Fleet Services will send reminders to drivers when they are nearing their threshold for the next oil change. Keeping your vehicles in the best shape possible is essential to maintaining an efficient and effective fleet.