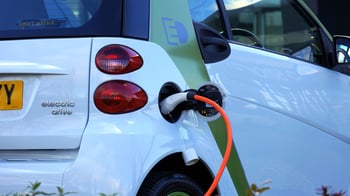 When & How To "Go Electric" 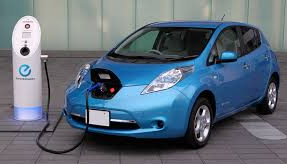 With more auto manufacturers producing cost-efficient electric-vehicles and a growing national investment into EV infrastructure, adding EV's into one's fleet is becoming an enticing opportunity.The question is becoming less, "Should I go electric?" and more "When and how do I integrate electric vehicles into my fleet?"

Hybrid and electric vehicles can both relieve the burden of hefty fuel costs and reduce your fleet's carbon "tire-mark" -- so to speak. However, perhaps the safest way to estimate the potential benefits of going electric is to watch the ones who are already doing it. Recent developments in Washington state and Colorado, for example, have shown that the trend towards electric and hybrid vehicles is growing in legislative and business-minded popularity.

The new year of 2019 sees an automotive industry abound with groundbreaking innovation in the field of electric vehicle technology. Leading the pack, per se, is Nissan's newest EV model, the 2019 Leaf e+.

Another Surge in the Electric Vehicle Industry 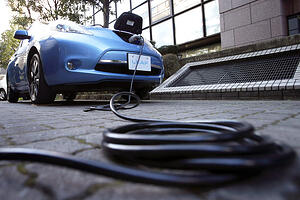 The year is now 2019, and we live in an era of innovative technology that is generally designed to make our lives easier. The electric car, for example, can save a consumer hundreds of dollars a year on gas and maintenance. It is important to consider that EV’s are best used as short-range vehicles, but for someone with a short commute and casual trips around town, they can be ideal.

The Growing Demand for Electric Vehicles

Here are the top 5 selling EVs / PHEVs (electric vehicles / plug-in hybrid-electric vehicles) in the U.S. for the first half of 2016, from an article at fleetcarma.com: Tesla Model S, Chevy Volt, Ford Fusion Energi, Tesla Model X, and the Nissan Leaf, out of a total list of 28 EV / PHEVs, where these 5 vehicles alone equal an impressive 41,371 number of sales out of the total 28 equaling 64,296 number of sales for the first half of 2016.

The number of EV / PHEV sales in 2016 are growing by leaps and bounds, with June showing a 49% increase over June of 2015, and the first half of 2016 overall having a 19% increase over the first half of 2015. This is a huge sign that consumers are becoming more excited and ready to embrace the future of alternative fuel using vehicles.  And with Tesla just recently having come out with their new more affordable $35,000 Model 3 (with an astonishing waiting list of 400,000 reservations), the future of EVs just keeps getting brighter & brighter!