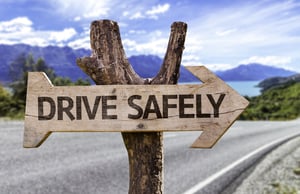 I-Robot came out in 2004 and introduced its audiences to a dark vision of our future where cars drive themselves, robots are utilized by humans for nearly everything, and Lake Michigan has dried up. Luckily, we're nowhere near the latter two circumstances, but the first was already being realized when the film came out.

Now, there are a hearty handful of vehicles on the U.S. auto market that have an advanced version of Mercedes' DIstronic, which has itself now evolved into "Distronic Plus". Some of those vehicles are the 2016 Honda Civic Touring, the 2017 Hyundai Elantra Limited, the 2016 Chevy Malibu Premier, among many others.

But how does this new technology work? Is it still in the research-and-development stage, are there common errors to be aware of, and most importantly, how safe is it?

Thankfully, the industry experts at MyCarDoesWhat.org have compiled a page of particularly useful information designed to aid the consumer in deciding whether or not they would benefit from Adaptive Cruise Control. Follow the link below to read the interactive help page, watch the video at the bottom, and contact Fleet Services at (414) 406-2234 with any questions or concerns!